War drums beat in the west…

Declaration:
The Bardaga Council was formed under command of the King, upon receipt of the defiled remains of The Oasis wagon master. As per the mandate of His Majesty King Krysher Palos Mamloch, the following is the council report explaining the Bardaga threat to the realm.

Actions Taken:
As commanded, this council set to determine the intent of the peoples called Bardaga who dwell in the western deserts. The members of this body elected to send a well armed garrison to The Oasis. While we understood that the Bardaga could interpret this as provocation, we saw no other way to insure that we met the King’s expectations with regard to this report. Spies while  effective, lack the requisite skills to provide the insights required by His Majesty’s mandate.

This garrison included scholars, strategists and arcane conduits, who reported to each of the respective members of this council. Initially, there were witness interviews conducted with the citizens of The Oasis. These witness interviews proved invaluable in helping to provide basic background on the Bardaga. Consensus amongst the people of The Oasis, is that the Bardaga were tolerant of excursions into their lands. They are a curious people. They would watch the day to day happenings of the frontier town from the dunes and cliffs around the area, but did not engage. Interactions were few and far between and when they did occur were matters of chance circumstance, not intent. Hunters and traders would come across small parties of the Bardaga. Out of respect the people of The Oasis would withdraw from the area during such instances. The Bardaga would not pursue – but they also would not withdraw. This manner of interaction between our people and theirs was the norm for many years.

War Drums Beating In The West?

Dear readers, we bring you dire tidings from the capitol city of Valant.  Maxim Tuli of the Wagon Masters Guild delivered a parchment and a box to King Mamloch in the presence of the court.  According to our source within the court, the parchment contained the following message:

Within the box, guards found a severed head.  Audible gasps could be heard from the gallery where courtiers in attendance were seated.  The head was identified as the Wagon Master for The Oasis.  The handwriting on the parchment was also believed to have been that of the victim.  It is well known that the savages of the western desert have no written language.

According to our source, King Mamloch ordered the throne room cleared and called for his council to discuss the matter and to determine a response.  To this point, no official decree has been received from the palace. 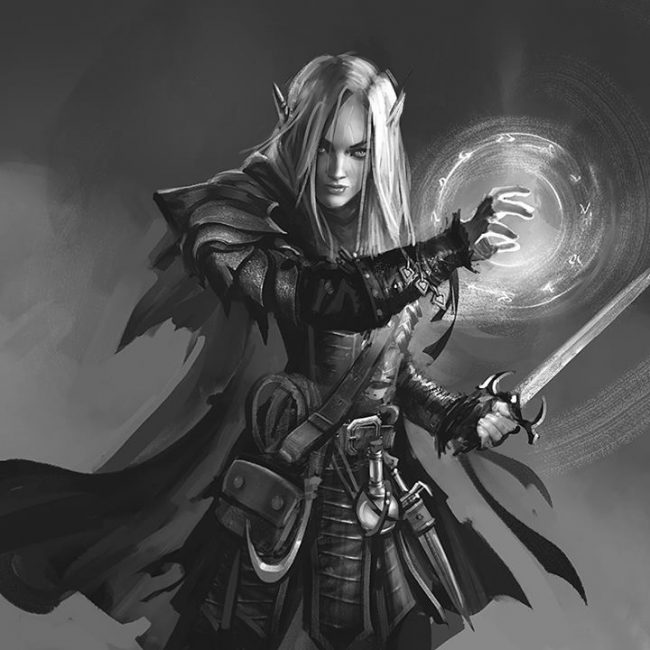